Today, I was supposed to be reviewing Gretta Mulrooney’s new book, Low Lake. I’m a little gutted that I can’t because I just haven’t gotten time to read it. However, I will get around to it at some point soon and then I will publish a review.

Instead, today I will be telling you all about it.

An old house by a lake. A suspicious drowning. A suspect that the police let go.

What really happened at Low Lake?

Detective Tyrone Swift is hired to investigate the death of Kim Woodville. The young woman drowned in the lake by her family house, two years ago. But there was bruising on her arms, and the prime suspect was let go because of police errors.

Tyrone Swift takes the cases that other people have given up on. But the beautiful historic house by the lake doesn’t give up its secrets easily.

It turns out that there are many people who might have wanted Kim dead.

And then another body turns up close to home and Swift realises his own life may be danger.

Can Detective Tyrone Swift get to the bottom of this tangled web of dark family secrets?

LOW LAKE is a beautifully written mystery that will have you gripped from start to pulsating finish.

Tyrone Swift is an ex-police detective who now works privately. He’s survived a stabbing and his fiancée running off with another man. Swift’s personal life is complicated, to say the least.

If you want to buy any of the Detective Tyrone Swift series, just click the images below. 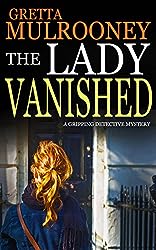 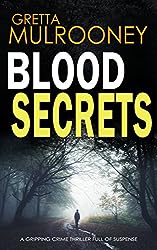 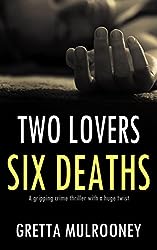 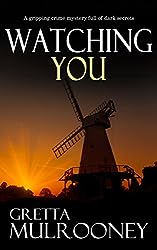 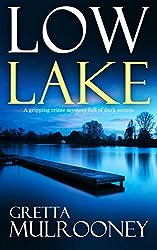 Gretta is a critically acclaimed author of best-selling fiction.

‘Mulrooney has a real gift for dialogue, the words and phrases ring true and make her characters wonderfully real . . . A tenderly funny and genuinely moving piece. I loved it.’ Fiona Morrow, Time Out (about ARABY)

I was born and educated in London, of Irish parents. I studied for a degree in English Literature at the University of Ulster, Magee college in Derry. I have worked in education and social care.
I started writing in my thirties and I published four books for children and teenagers with Poolbeg Press, Dublin; A Can of Worms, A Nest of Vipers, A Den of Thieves and I Love You-Te Quiero. These books are available on Amazon.

I have always been an avid reader of crime fiction and psychological thrillers. I have started a series of crime novels featuring charismatic private detective Tyrone Swift.
The Lady Vanished was published as an e book and paperback by Joffe Books in December 2015 and is available on Amazon.

Blood Secrets, the second novel featuring private detective Tyrone Swift, was published as e book and paperback in spring 2016 and is available on Amazon.

Low Lake, the fifth Tyrone Swift novel, was published as an e book and paperback in March 2018 by Joffe Books and is available on Amazon.

Bound By Lies is a boxset trilogy of the first three novels in the Tyrone Swift series. It was published as an e book and paperback in June 2017 by Joffe Books and is available on Amazon.

In March, I read…