It is 1953 and five very different girls are arriving at the nurses’ home in Lovely Lane, Liverpool, to start their training at St Angelus Hospital.

Dana has escaped from her family farm on the west coast of Ireland. Victoria is running away from a debt-ridden aristocratic background. Beth is an army brat and throws her lot in with bitchy Celia Forsyth. And Pammy has come from quite the wrong side of the tracks in Liverpool.

The world in which they now find themselves is complicated and hierarchical, with rules that must be obeyed. Everyone has their place at St Angelus and woe betide anyone who strays from it.

But when an unknown girl is admitted, after a botched late abortion in a backstreet kitchen, a tragedy begins to unfold which will rock the world of St Angelus to its foundations.

About the Lovely Lane Series

The Lovely Lane Series is written by Mid-Bedfordshire MP Nadine Dorries.  She is also the author of the best selling Four Streets Trilogy and Ruby Flynn.

Dana, Victoria, Beth and Pammy face the life of student nurses at St Angelus together.  They are four unlikely friends but their bond is unbreakable.  Throughout their years as student nurses the four face things they would never have thought possible.  Each of the four books focuses on a different community around the Liverpool Docks.  The four books are an epic read.

What did I think?

I love a good work of historical fiction.  Post-war Britain is one of my favourite periods; the stories are usually uplifting, success in the face of adversity.  The Lovely Lane Series didn’t disappoint.  I both laughed and cried; the stories of the four girls really was a rollercoaster.

I read all four books within 5 days and those five days were spent getting to know Dana, Victoria, Beth, Pammy and all the staff at St Angelus; I forged relationships in my mind with them.  I lived their stories, their triumphs and their low moments.  It was a great experience.

Nadine Dorries really brings the characters to life on the page.  Her style is special… at the end of the day you have to be a talented writer to write from many different view points seamlessly and in a way that doesn’t confuse the reader.  Moving from one character’s story to the next was comfortable and easy.  (Although, that doesn’t mean to say that I necessarily wanted to move at that time.)

Nadine’s Matron of St Angelus was my absolute favourite character out of the whole series.  I thoroughly enjoyed the character’s evolution.  And what started as a vague wariness of her turned into respect and admiration.

The Lovely Lane series plots are intricate and detailed with real characters around to pull them off.  From the botched abortion in The Angels of Lovely Lane; to a devastating loss in The Children of Lovely Lane; and on to a near death in The Mothers of Lovely Lane; and finally the truly heartbreaking loss of one of the hospital’s own in Christmas Angels.  Every book has a number of stories that intricately weave in and out of one another.

The community in which the series is based may appear a little wistful in that everyone helps everyone else, however, dockside communities really were true communities who lived in close proximity with little more than the necessities.  In that situation if you didn’t help your neighbour no-one would.

The only think I really didn’t like about the Lovely Lane series was the fact that I came to the end.  I don’t know if Nadine is planning on writing anymore about Lovely Lane and St Angelus but if she does, I would quite like to be first in line.

I love the Lovely Lane Series and now have Nadine’s other books sat in my ‘Want to Read’ Shelf.

All four books are available in a variety of formats from Amazon including Paperback and Kindle. If you click on the images below to purchase the books I will receive a few pennies from Amazon.  🙂 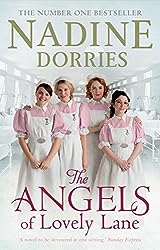 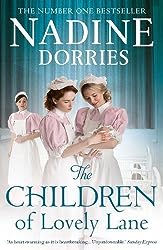 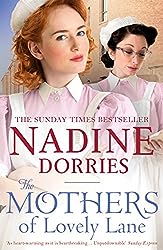 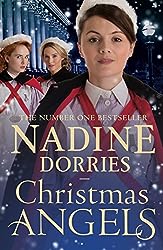 The Organised Life Project: A Step By Step Guide to Organising Your Entire Life